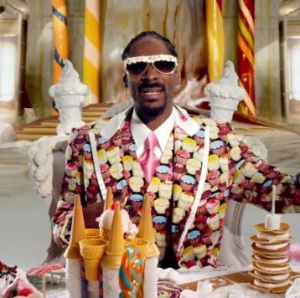 It’s funny how food and fashion sometimes go together. Just think of Katy Perry’s video for California Girlz, in which the models/actors wear cakes for clothing. Converse also currently has a cup cake pattern for its sneakers.

Having recently participated in the National Pastry Competition in Phoenix, AZ as one of seven servers to the judges, I’ve learned that, like judging model competitions, it is a much coveted role. Literally in the heart of the event, a server not only has the honor of holding delicate, edible art in their hands, but also the privilege of sampling each and every creation born from the creative minds of world renowned pastry chefs. 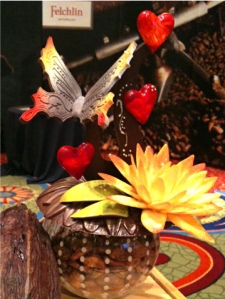 These are not the typical homemade cupcakes or flavorless theme cakes hastily constructed on some of television’s competitive challenges. Pastries here are created with conviction by established pastry chefs bearing a true passion for their trade. Any one dish, from sugar sculptures to bonbons to entremet glacé cakes, is a decadent art form, beautiful from every angle, with no signs of blemish or imperfection. Plated desserts with several components are treated as paintings with complementary colors and are finished with fine details. All are paraded before, and photographed by, an audience as if they were high fashion models.

The entire first day I have never seen such dedication to produce confectionaries. Though cameras were flashing and television crews were jockeying for position before each of the four kitchens, none of the chefs were deterred from their work.

Judging is based not only on taste, but also on technique, level of creativity, originality, design, and color. There can be no restriction of the creative process. Concentration and several months of planning determine whether a pastry chef stands out to win such an event with high honors.