What a time! We spent a few days in Amsterdam last week and were floored by how much culture, beauty, and fun the city has to offer. Of course, the city has a reputation for its nightlife and lax culture, but looking beyond that, there was so much inspiration around every corner. We were having so much fun, that we barely even picked up our phone to Instagram & share our experiences with our followers… which is why we thought we would update you through this quick blog post!

Here are some of our top 5 favorite things about Amsterdam:

Vincent van Gogh Museum: The not so hidden gem of the city. We spent over 3 hours here exploring and learning all about Van Gogh’s life and artistic history. 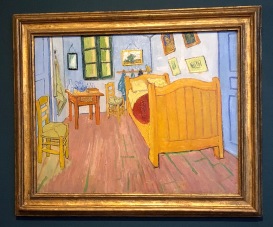 Droog: A very cool gallery/store/coffee shop/garden. If you go to Amsterdam, check it out and have some homemade ice cream! 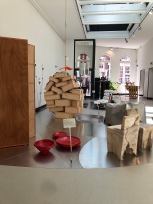 Trend Spotting: Around every corner, there was a new pattern, substrate, or icon to see. 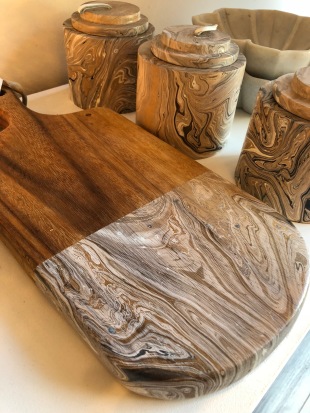 SkyLounge: Rooftop Bar of the Hilton to see all the ~views~ of the city.

Canals: What the city is known for…every street a picturesque moment. 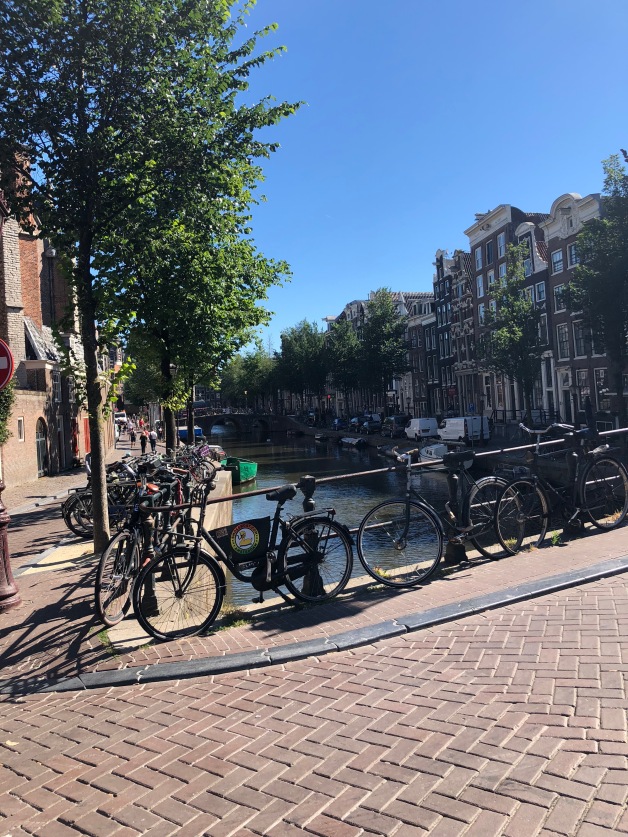 In the name of print & pattern,

Welcome to Worlds Fair Nano! Meredith here, social coordinator and resident millennial of DW. I explored the first-in-class future festival in Brooklyn this past weekend and had an amazing time learning all about the future of our world; everything from food and product to VR and biomechanics.

Here are the top 3 categories that caught my attention and you should know about:

Woah! My mind was absolutely blown while learning about the future of  VR & AR at the panel on Saturday morning. Ultimately, the experience is making the impossible, possible by making something far away close. The coolest thing about this was a company that had partnered with the African Wildlife Foundation in creating a VR were people can get up close & personal with the animals and in turn want to help in their conservation efforts. 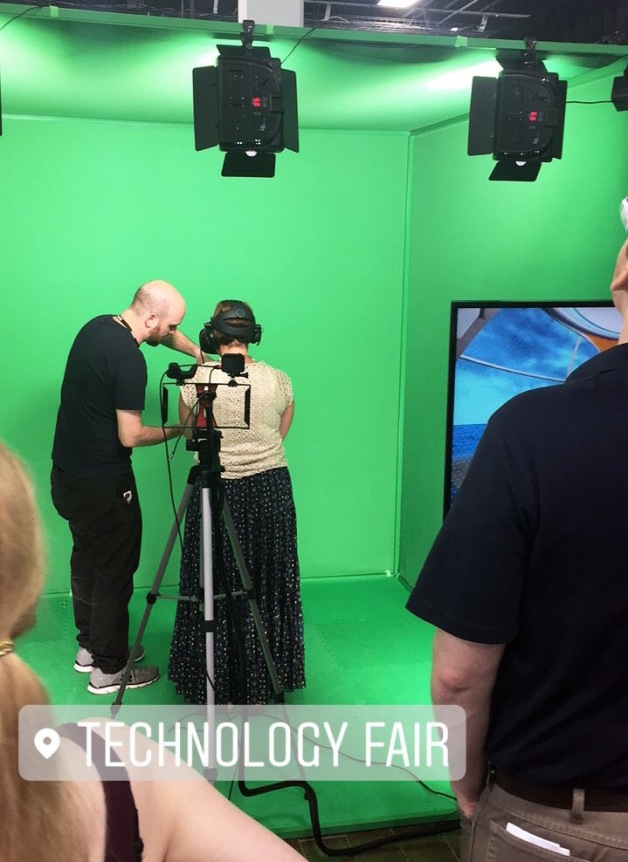 My fav food was the “Beyond Meat” food truck where I tried a completely plant based burger. YUM!

Some facts about Beyond Meat 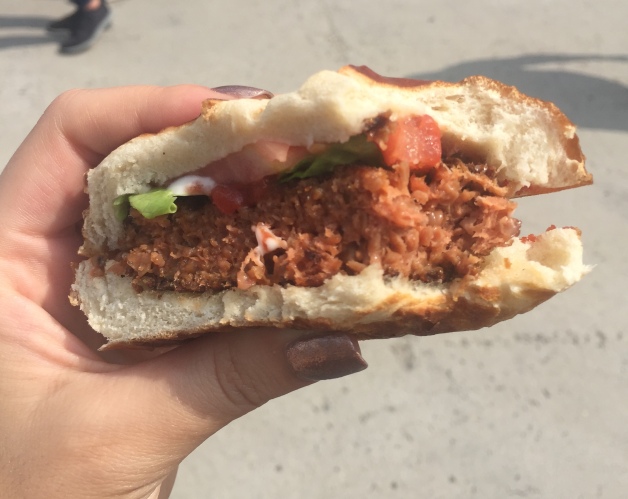 My own delicious burger!

Also I tried a snack made with cricket flour by SEEK and learned about NURAVINE the future of growing your own food & plants in your home.

Now for the cool part.

The future of night-lights. Bioluminescent pet, anyone? 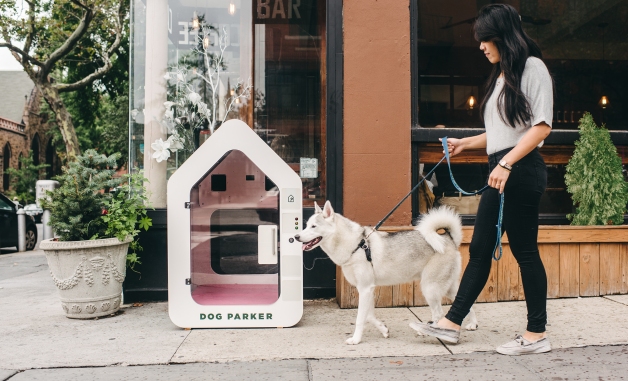 The future of mans best friend. Imagine a world where you take your dog everywhere with Dog Parker!

The future of safety. Meet Athena, the newest form of wearable safety accessories. 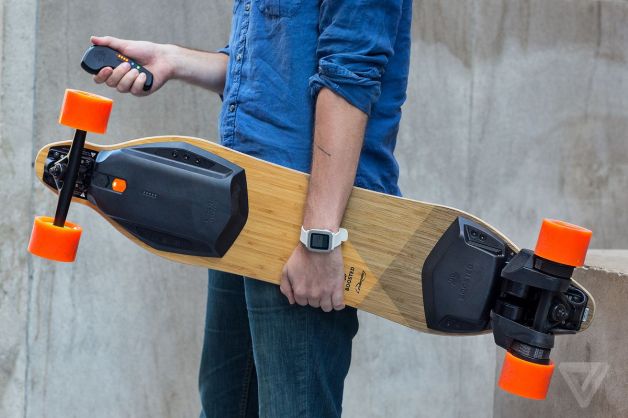 The future of getting around. Zip the street with the Boosted Board! 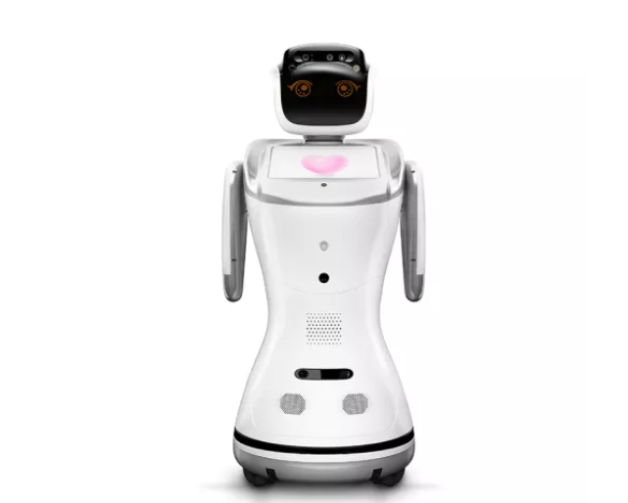 The future of personal assistants. Meet Sanbot S1. All the perks without the attitude!

Overall, it was the coolest Saturday I have had in a long time. The Worlds Fair Nano is coming to the west coast in January, so if you are out that way, don’t miss it! I know I’m already planning on signing up for next years NYC show.

In the name of the future (and print & pattern),

Happy Friday everyone! Before we head off into the weekend we want to share a little inspiration from our creative director, Nancy Fire, who spent the last week traveling through Paris, Lisbon, and Madrid. Nancy discovered and captured some gorgeous colors and patterns on her adventures and we thought we would share a little bit of her finds with you today! (Aren’t you lucky?) So sit back, relax, and lets go on a little trip to Europe (visually, at least). 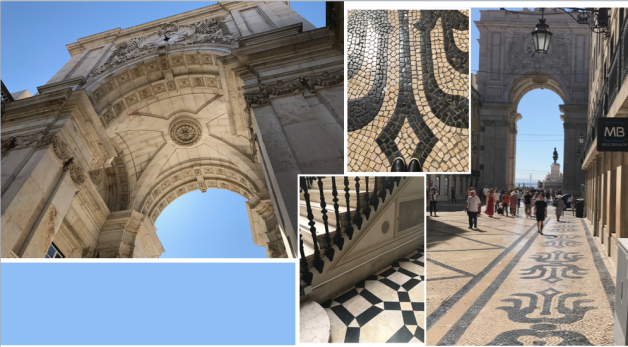 From the world traveler herself:

“Inspiration is everywhere in Lisbon, especially if you love Azulejos Tiles. Today these tiles are dominant in every Portuguese city and are embedded in its history and culture. The word “azulejo” means “small polished stone” and although they are not a Portuguese invention, by the 18th century no other European country was producing as many tiles as Portugal. Over the years, azulejo tiles have become an art form used for a variety of design applications both in exterior and interior home design. Spending time in Bairro Atlo and Principe Real, two older areas of Lisbon, I spotted various azulejo tiles on homes in different color combinations and patterns.”

In the name of print & pattern,

First2Print teamed up with The Colonial Williamsburg Foundation to recreate a special time period dress. Inspired by an antique swatch of silk shantung and a historic design, the costume replication was created digitally by Design Works International artists who scanned and cleaned up the image in Photoshop, for preparation for digital fabric printing.

Some highlights from the 43rd Annual Decorators Show House At Kips Bay in NYC….delighted to share the following image from some of the most creative designers in the industry today! All proceeds from The Decorator Show House benefit The Kips Bay Boys & Girls Club. 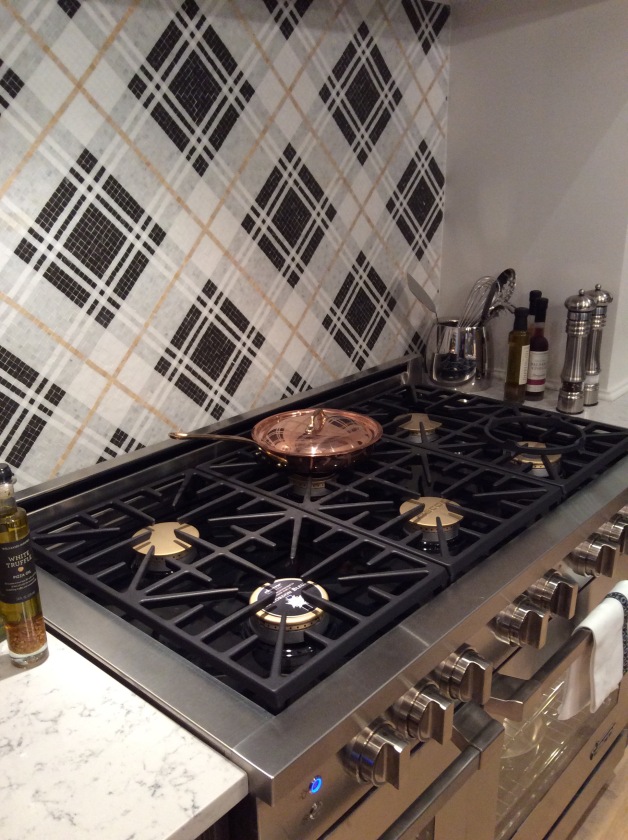 Backsplash by Akdo and Appliances by Dacor 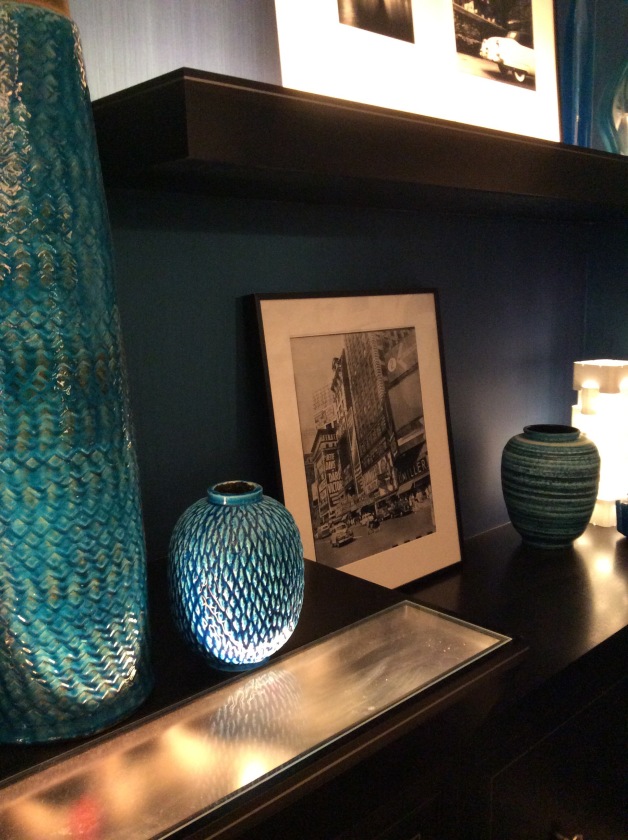 I have to admit that I was a bit skeptical when I heard that Maison Objet, the French trade show for interior design that has taken place in Paris only, was having its debut in America in Miami May 2015. I decided to venture to Miami yesterday (twist my arm) and see what Maison & Objet (Americas) was all about.

Maison Objet in the Miami Beach Convention Center had just over 300 exhibitors from all over the world. The diversity ranged from high profile companies to new rising star artisans which gave the show a new twist to its more established show in Paris…think “Boutique Maison”!

The venvue was easy to navigate which left me with a few hours to explore the Miami Design District which too has grown over the years! With the success of Art Basel and the expansion of the Design District Miami does seem to be the right and natural choice for Maison in America!

Enjoy some of my highlights from my day at Maison Objet in America as well as images from the Miami Design District! 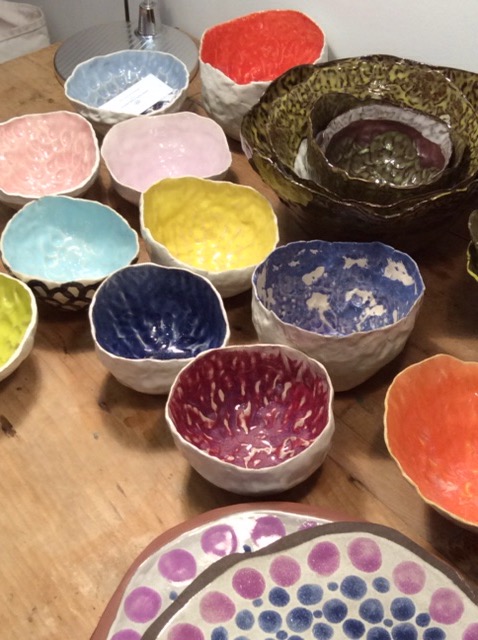 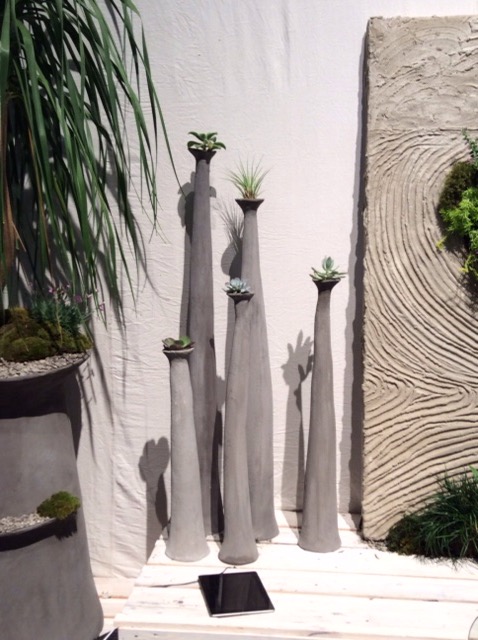 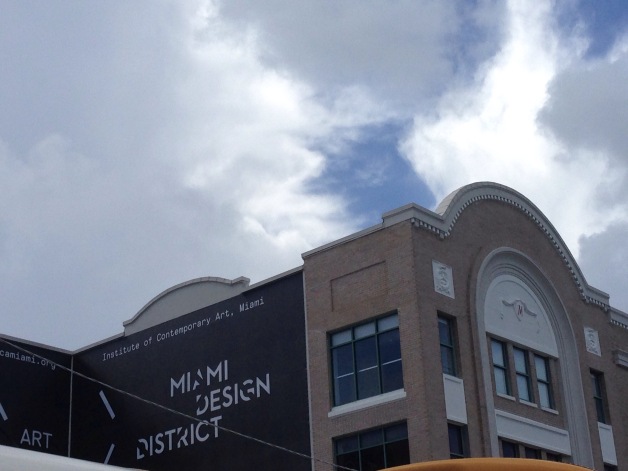 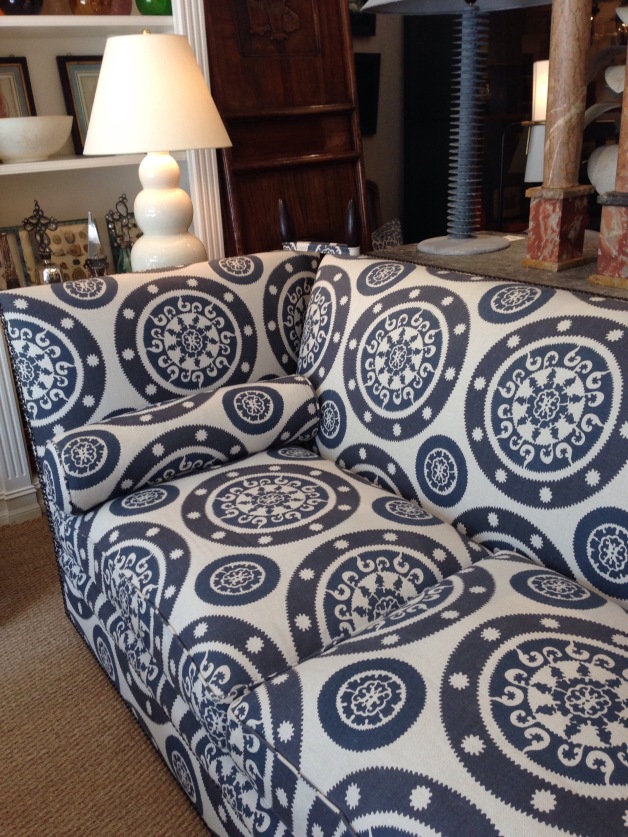 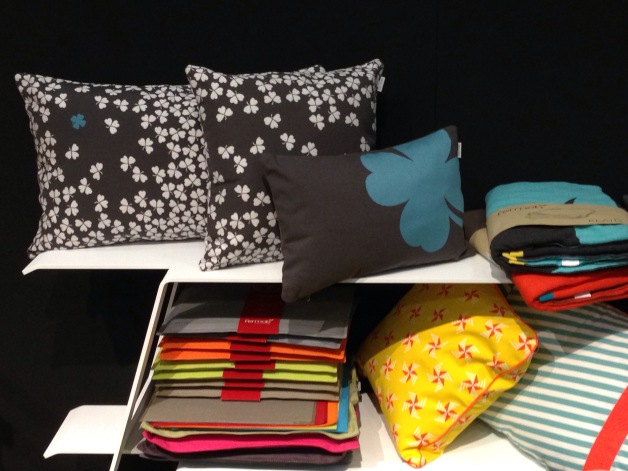 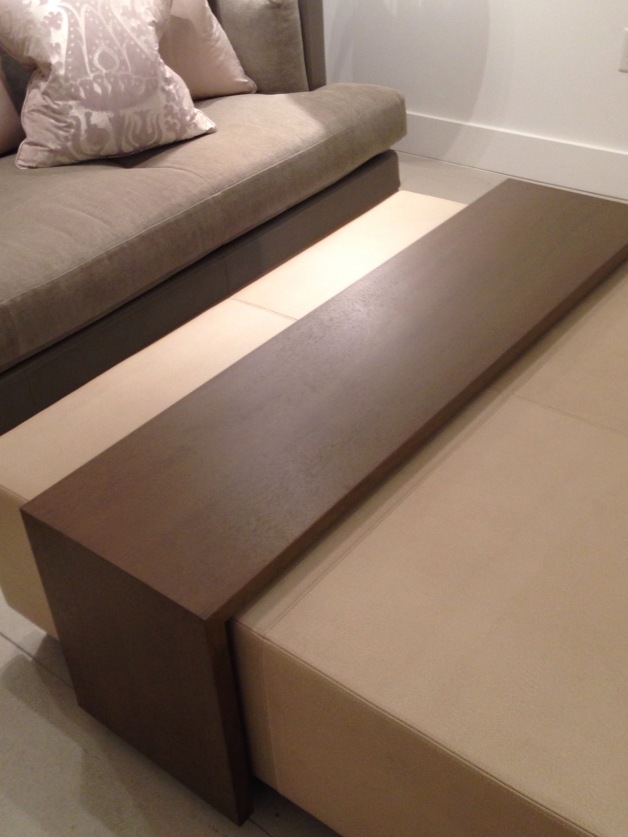 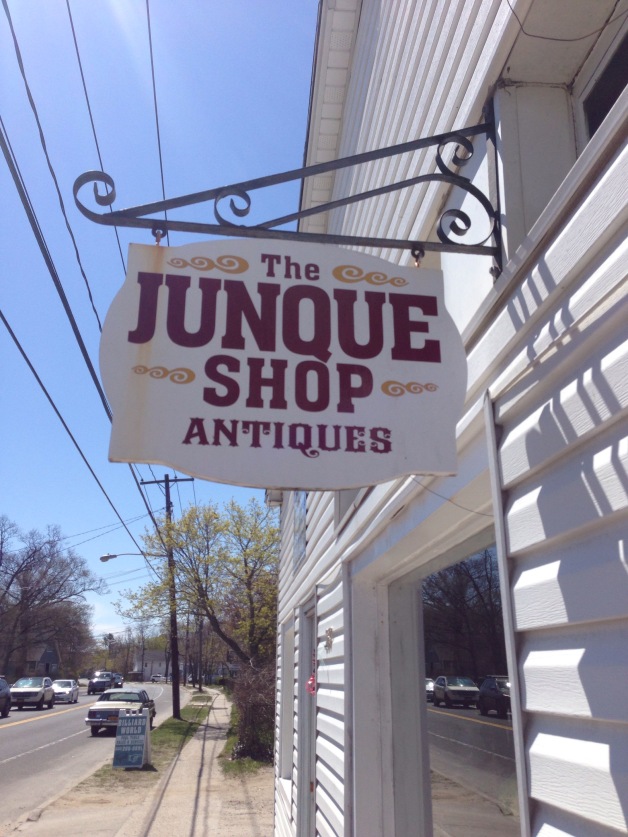 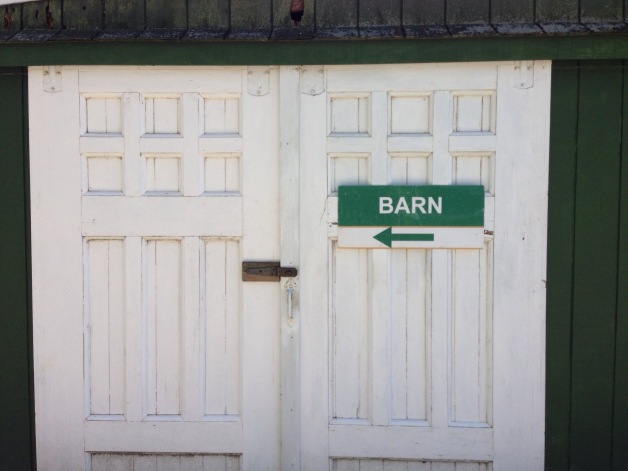 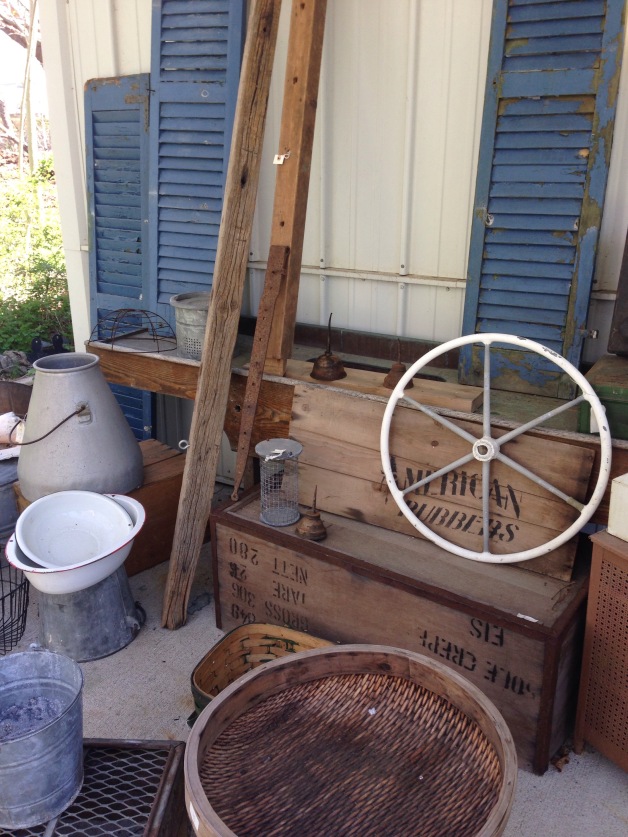 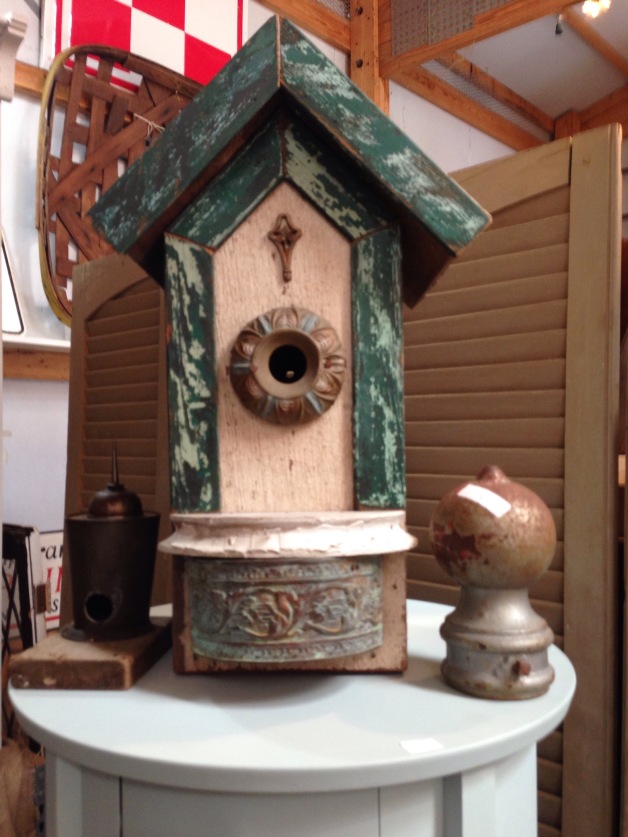 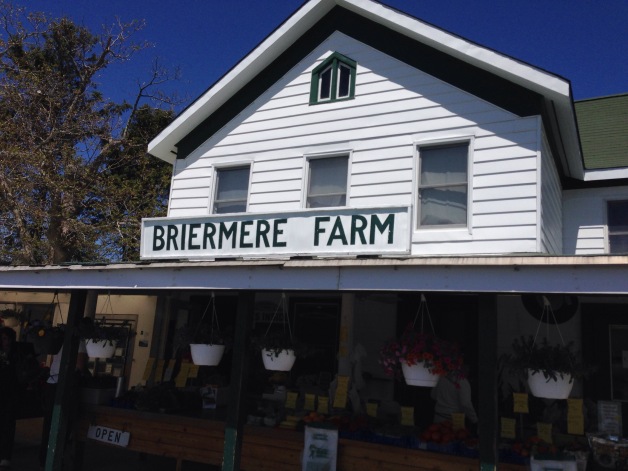 There are so many unique and creative places to shop for antiques and magical finds on the North Fork of Long Island. From Riverhead to Greenport, each little village has its own charm and personality!

First up is  Junque in Riverhead LI  where you can find some great midcentury modern lamps…right next door is Timeless Treasures with fun selections of vintage clothing and some smaller tabletop items! Next up Small Holdings Farm where you can humt for antique furniture, fun outdoor accessories and 100 year old beach glass in vintage jars. Last up in Jamesport, Material Objets where you can find a variety of unique and interesting treasures and be sure to visit their newest location on Sound Ave called Lumber and Salt!

One cannot shop on an empty stomach so may I suggest stopping at BRIERMERE FARMS for the most delicious pies…..baking since 1959 located in Riverhead LI. Try the apple crisp…..it’s a family favorite!

An added plus is that the North Fork is beautiful every season. Spring when all the flowers are blooming, summer when the fruits and veggies are ripe for picking, fall when the grapes are harvested and the farms are roasting freshly picked LI corn and in winter when it turns into a winter wonderland!